DOMESTIC VIOLENCE: TALES FROM THE OTHER SIDE 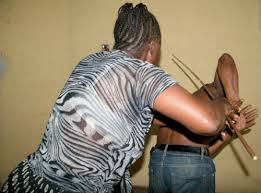 “You are so irresponsible, I regret meeting you, it is me that will kill you, useless somebody”.

These were the words I could hear backed up with tears and shouting from children here and there.

They have started again, they won’t allow people sleep peacefully.

As I rolled over and laid on my chest using the other pillow to block my ears,  I heard a sudden cry 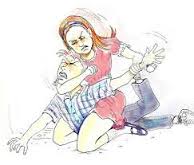 At this point it dawned on me it is no more a child’s play.

Are you thinking what I am thinking? Has she taken the laws into her hands, is it a case of self-defense?

I thought so too until we broke into their flat and discovered the reverse was the case.

The man (a father of two) had been living with a monster for the past 10 years.

How did he manage to cope with incessant beatings and harassment from his wife all these years?

But maybe this had not been the case from onset

But what went wrong?

His wife got him the job as a sales person with her friend who runs her own company.

According to his wife, things started changing when she suspected her husband is having extra marital affairs with his boss in the office

Eventually her husband was fired and he returns home to his wife.

They never had peace from that day till now.

But come to think of it, I thought there was a saying that women are weaker vessels but is he the weaker vessel? Why can’t he go get a job himself instead of relying solely on his wife to help get a job or help run his home?

These were my thoughts and deliberations as we drove to the hospital.

Is it morally right to beat up a “weaker man/hubby” irrespective of what he had done or hadn’t done?

Have you experienced or seen any case on this?

6 Responses to DOMESTIC VIOLENCE: TALES FROM THE OTHER SIDE